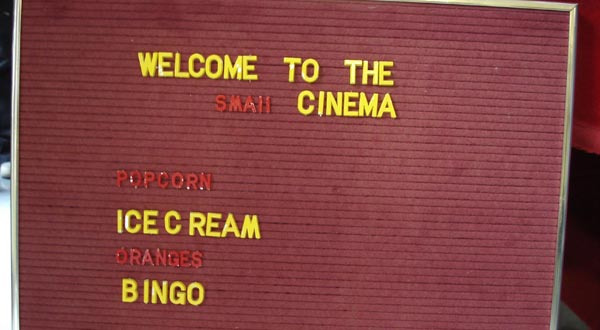 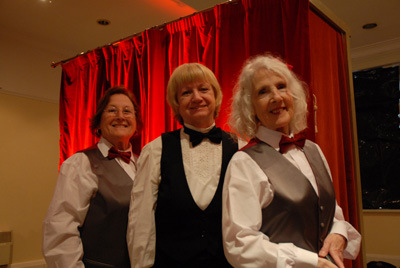 A project that collects and shares people’s memories and experiences of cinema, and looks at ways in which the cinema experience can be recreated in temporary spaces.

A Small Cinema is an ongoing project exploring what cinema used to be, and what form it might take in the future, through research, events, experiments, film-making and community dialogues. The aim is to understand the relationship of cinema to community, to test models of temporary film exhibition, and question what a future cinema ecology might look like.

The project began in 2008, as a means to screen artist films in a format that would engage a gallery audience. Since then, A Small Cinema has created short film screenings in galleries, empty shop spaces, music venues and even outdoors. We’ve also conducted research with communities and commissioned new films from local artists. In each case, the aim is to understand the audience and reflect the context of exhibition.

Originally conceived as a showcase event for film-makers in the North West, A Small Cinema has been developed as a community engagement project by artist collective Re-Dock, facilitating communities in hosting their own short film events. The collecting and sharing of memories between particpants is central to the creation of the community Small Cinemas.

The name A Small Cinema was chosen to imply the existence an ecology of small cinemas; something now generally absent in this country. Some cities such as Berlin are lucky in that they have many small movie theatres. A Small Cinema is interested in how a modern city can sustain such an ecology.