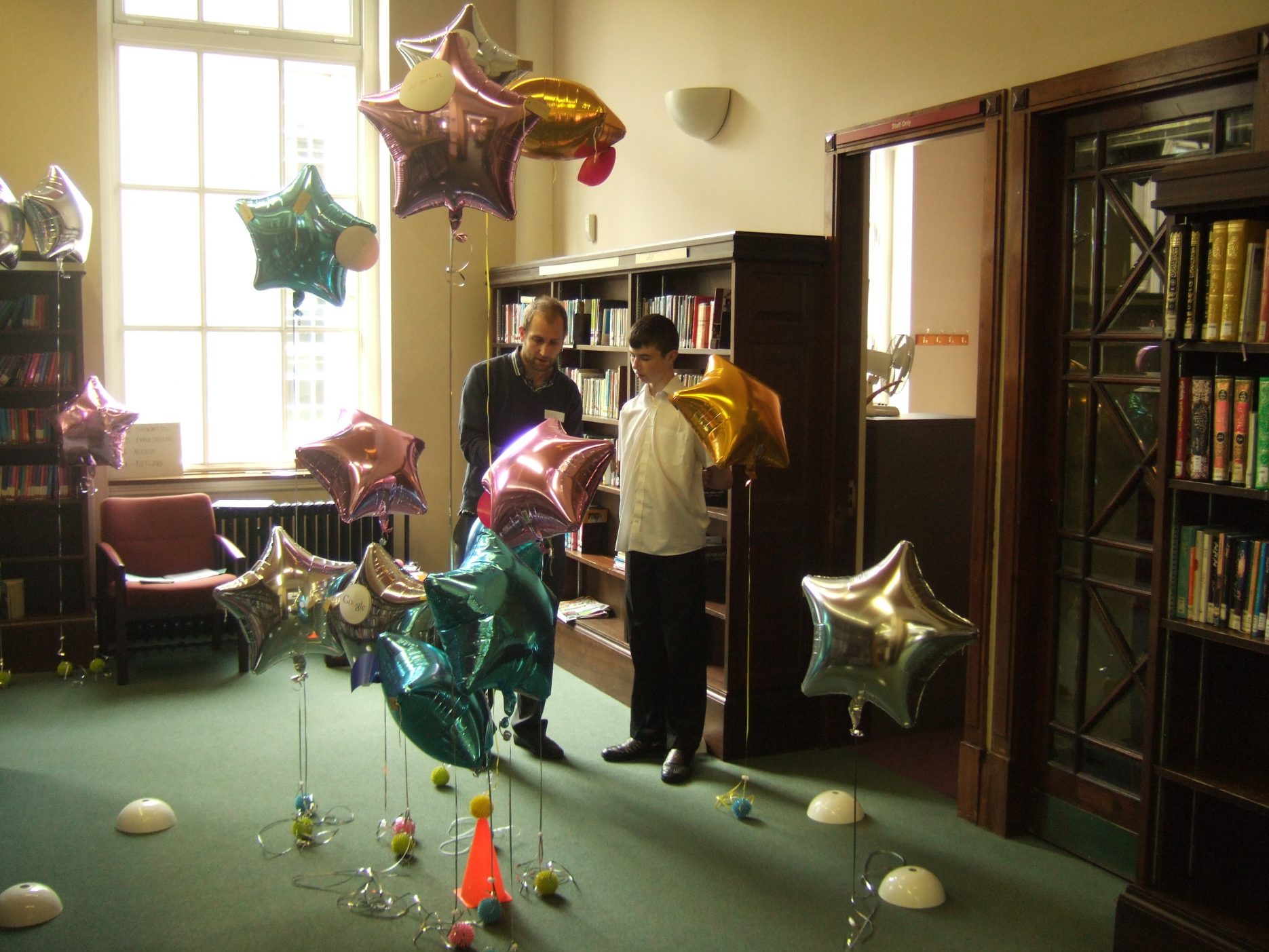 People used it to visualise how different technologies relate to each other using metaphors of space and proximity on a human scale. The Balloons were useful to describe intangible concepts such as technologies, as simple tangible things and they have the added bonus of being a bit silly and easy to position in space.

Completed Balloonascope by the bookshelves

The Balloonascope graphs were then recreated as 3D models, animated and soundtracked with comments from participants. The resulting infographics were used as stimulus to inform Lancashire Libraries and Folly develop their digital arts strategy.

Balloonascope by the fiction section