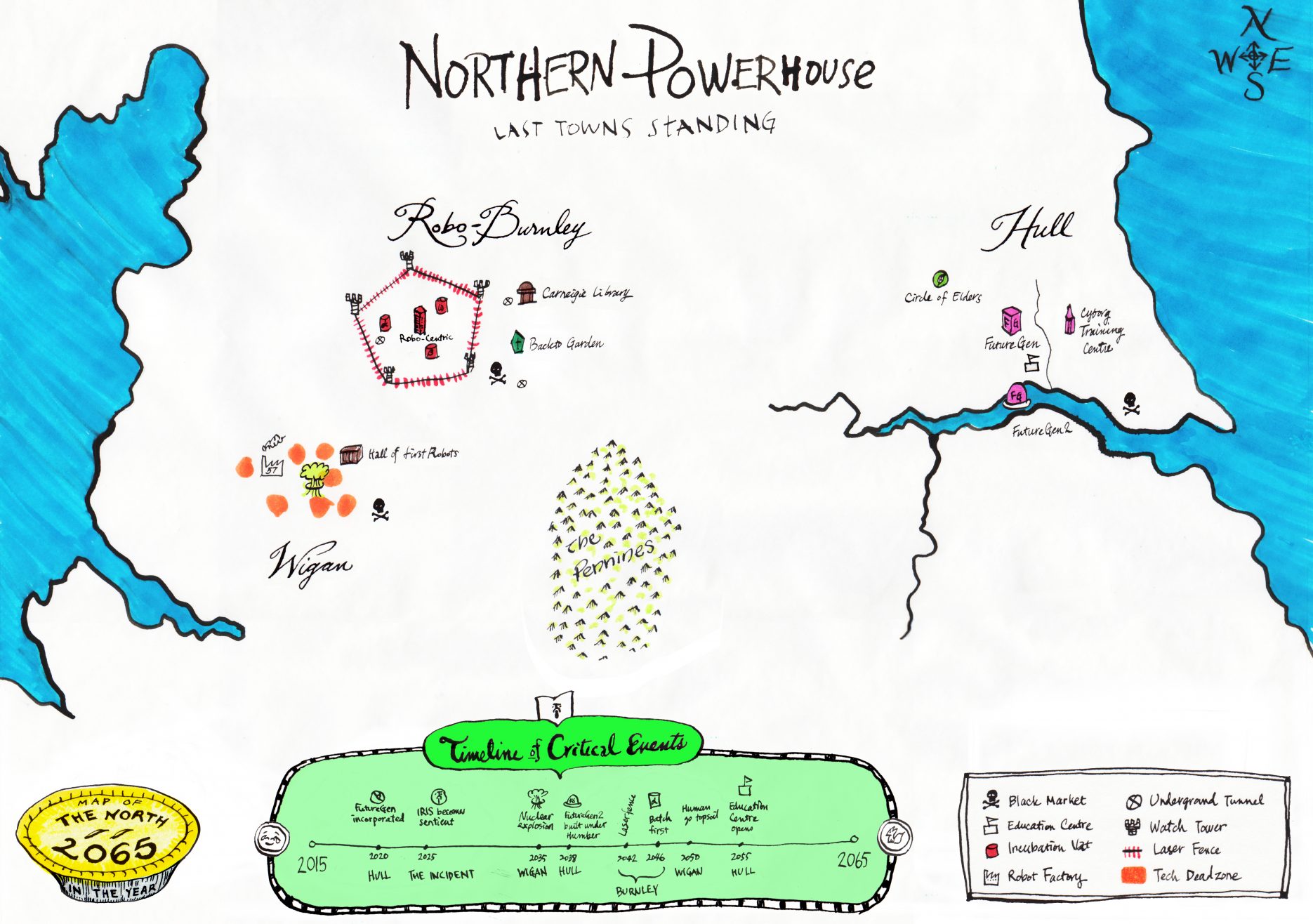 The year is 2065. Wigan, Burnley and Hull are the only towns left in The North…

Northern Powerhouse 2065 is an exhibition of from the text adventure game world of Last Towns Standing. The story is set in the North in 2065. Wigan is a harsh place to live (after a nuclear explosion in the year 2035) with dead zones where technology doesn’t work. Burnley is over run with robots, with an enslaved population of artificially created humans, but Hull is a pretty nice place to live as long as you work in the two main industries of advanced robotics or bioengineering.

Re-Dock spent a year working with young people in libraries in Wigan, Burnley, Hull. The project brought together 9 artists to develop and populate an alternative future. The game is online, with a accompanying traveling exhibition touring the libraries of the North.

This project is part of Networked Narrative, a two year collaborative project made up of four main partners: FACT, WLCT, Lancashire County Council and Hull Libraries.