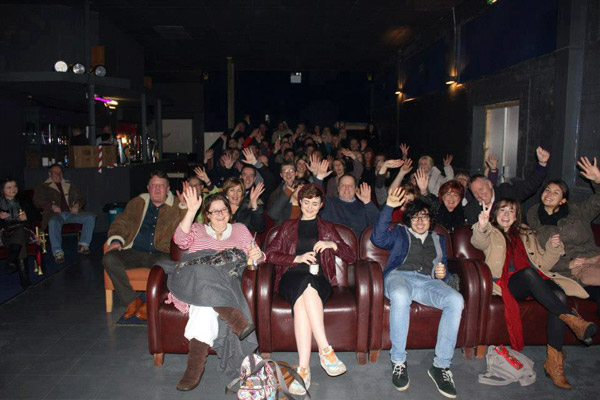 Feels a good time to write an update about the Moston Small Cinema project – the community screening facility we built in a former miners wash-house in North Manchester.

The festival last October launched the cinema, but also marked the end of the first phase of the project. Since then, the onus has been on the local community to operate the cinema and author the activity therein. I’ve still been involved, facilitating events, and helping to set up a committee and bank account, but I’ve also been careful to let the people involved do things their own way, with some interesting results.

Initially it started well, with two events – a screening of a climbing documentary, and an evening of Sigur Ros music videos – getting some good promotion, pulling in new, very different audiences from far and wide. This was followed by a few unsuccessful experiments in ‘eekly programming aimed at providing free screenings of recent films for the immediate community. This didn’t work so well perhaps because we weren’t identifying an audience with each film, and there was a lack of promotion / lead in time.

Then followed a series of really interesting, independently run, successful events, aimed at music fans and programmed by Howard from the miners. The Twisted Wheel documentary sold out 3 screenings in a single day, and audiences were also treated to a Northern Soul disco in the main function room. Punk fans came next for the Cramps documentary screening, and classic car fanatics followed for screenings of Two Lane Blacktop and American Graffiti. All the films were tapped into specific communities and interests that Howard and the Miners knew well, and brought an extra element to the screenings, through the dicso or the amazing vehicles that filled the car park. My role has simply been to support these activities through promotion on the website / email / twitter. 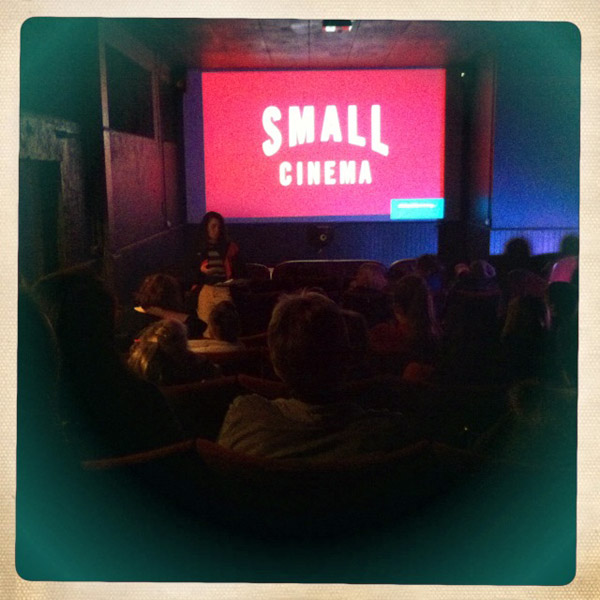 A couple of weeks ago I attended another screening – a documentary about the FC united Womens team – as part of International Womens Day. Again, independently organised by the Miners, in collaboration with local filmmakers Richard Searle and Kay Phillips, the event was very successful. It was great to be a punter, watching a film by local people, about a local subject, shared in a great facility in their own community. It really started to hit home that the cinema as an experiment was beginning to work.

This week we are screening Ken Loach’s new documentary The Spirit of 45. Its a bit of a new venture – working with a proper distributor (Dogwoof) to show a new film as part of it’s national release – but it seems to be working well. It’s a film which attracts a socially / culturally engaged audience who are will to travel. In addition, the cinema committee and the Miners have all worked really hard to promote the screenings – distributing flyers, getting press releases out, even landing a two-page spread in the Manchester Evening News. Although I was the one who initially proposed to book the film, hosting the event has felt like a real collaboration, with everyone chipping in to promote and run the events. And its worked – once again, new audiences in good numbers.

So far then, some great signs. The next few months will see some more screenings, chosen by the committee, supported by Creative England, which will take the risk out of trying some more new ideas. The challenge will be to sustain activity as volunteers, but be ambitious in programming and reaching audiences. More updates to follow. 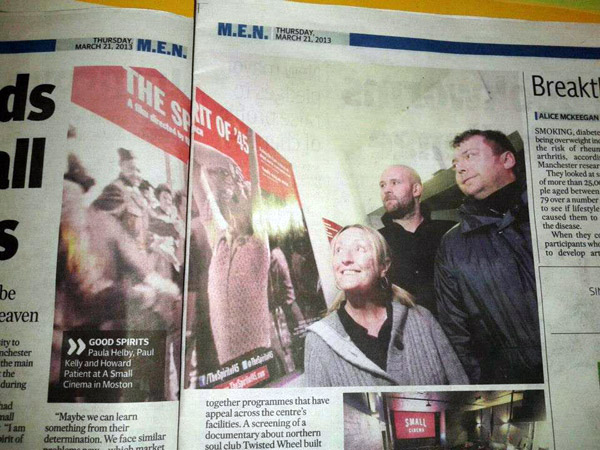