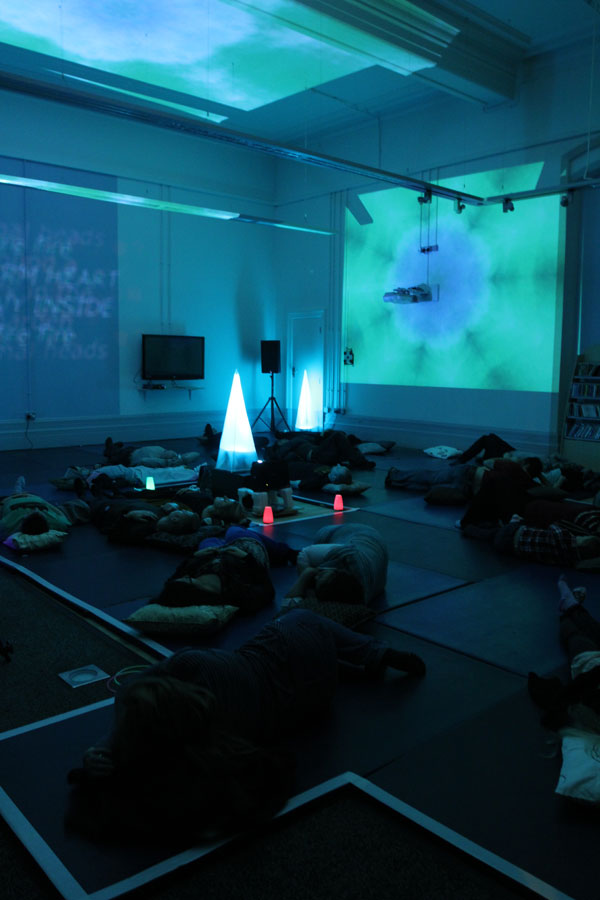 We recently staged a very special audiovisual event at St Helens Central Library as part of the ongoing Library of Dreams project. The show, entitled Music For Sleeping, featured animations, videos, sounds and spoken word recordings created by the public through a series of digital arts workshops at the library. The final presentation was a half hour long, surround sound journey with the audience laid on their backs on comfy mats, whilst watching the projections on the ceiling overhead. 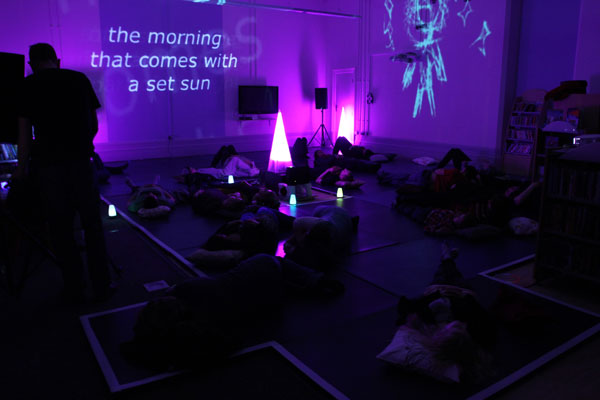 The event felt like a very important part of the project, as it crystallised a lot of the work done so far, and enabled us to share it back with the library users and staff. I was really keen to give them a memorable experience, something that reflected their contributions, but in a format that would blow them away. Or send them to sleep in this case. Someone afterwards commented that it was the kind of thing youd expect in London, not in St Helens, which pleased me greatly, but not nearly as much as the chap who said it reminded him of taking LSD 15 years ago in a field. Now thats an interesting response for a family friendly event!

The format of the show was developed from the orginal Music For Sleeping events created by composer and collaborator Tom Rea Smith. The aim is to create a meditative experience, a journey to lull the audience to sleep, focussing them on what they are hearing and seeing. The key trick in this is lying the audience down, bypassing the usual social awareness of a conventional music event, and focussing each person on their own internal journey.

The video above gives a great sense of the event, and also highlights some key themes that seem to run through our projects