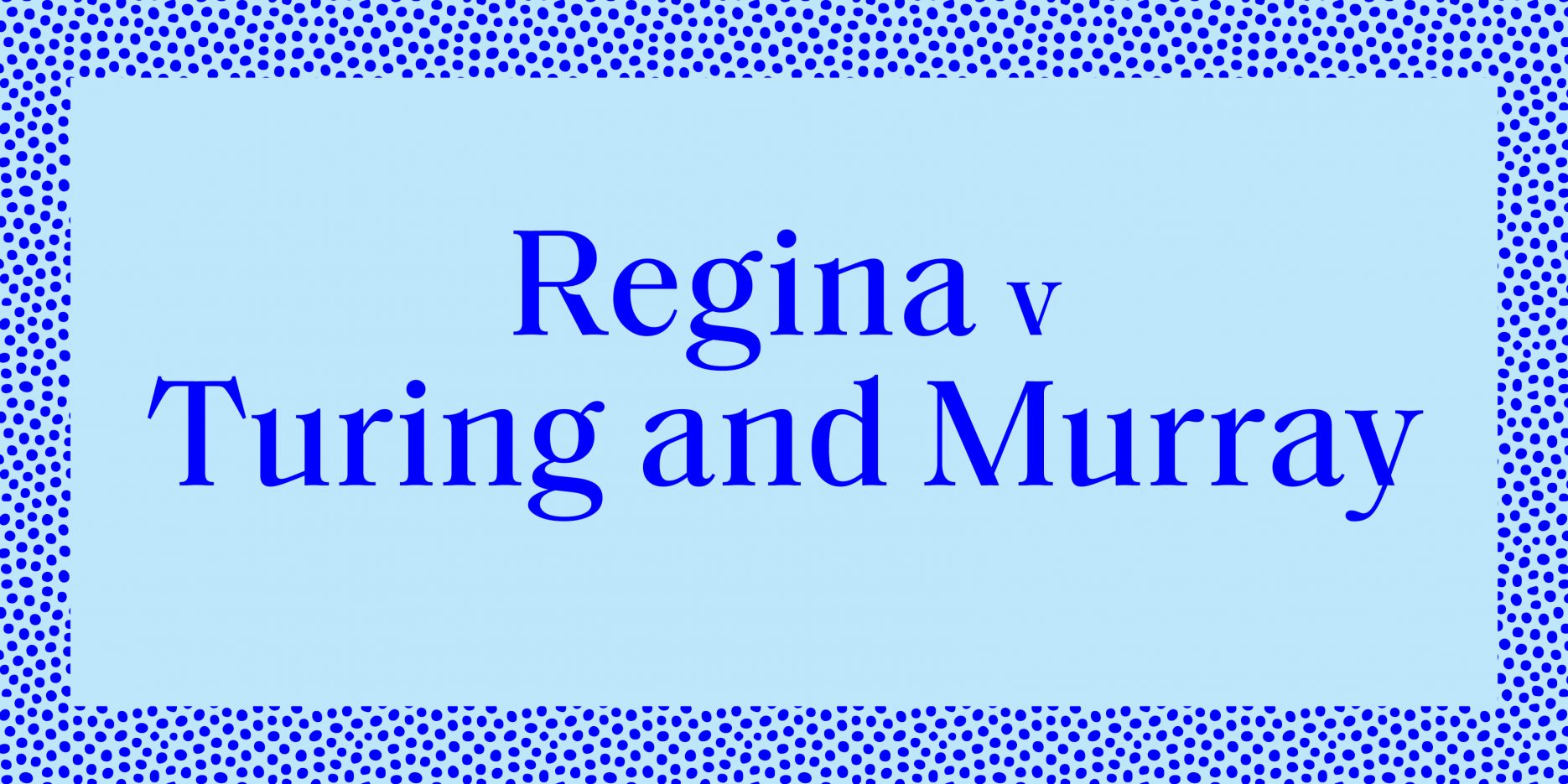 2017 marks the 65th anniversary of the trial of Alan Turing, mathematician, code breaker and pioneer in computer science. Regina v Turing and Murray is an opportunity to reflect upon the hearing of Alan Turing and Arnold Murray, offering a fresh interpretation of the events and experiences of the key protagonists. An immersive, participatory play, set in the actual courtroom in Knutsford where Turing was sentenced, the play explores the external pressures and the internal thoughts of the people in the courtroom, creating parallels with contemporary experiences of discrimination and law-making. The work draw parallels with historic and contemporary LGBT audiences, linking discussions around notions of the civic, law and discrimination.

The work will exist in two main parts. Three theatrical performances of the trial during the festival and a three VR films of the trial allowing visitors to experience various viewpoints.

Re-Dock presents Regina v Turing and Murray in collaboration with SHIFT (Cheshire East Council) and The Courthouse Hotel with support from the Knutsford Promenade Association.

Unsung Stories is made possible with the financial support from Players of the People’s Postcode Lottery.

Keep up to date with our #UnsungStories

Hi,
I came across your Regina vs Turing & Murray in a copy of The Voice, by Cheshire East Council, and was intrigued. Sadly, I’d missed the September performance, and wasn’t clear from the article what kind of production this is. I was disappointed to miss the date – as I would have loved to have watched it.

I’m wondering how you source your actors? -The reason I ask is, I’m an actor based in the North West, and these tragic, real life stories performed in local communities is something I’m particularly passionate about and would love to be involved in recreating similar stories should you be doing any more in the future?

I look forward to hearing from you – and maybe you would consider me for any future productions?