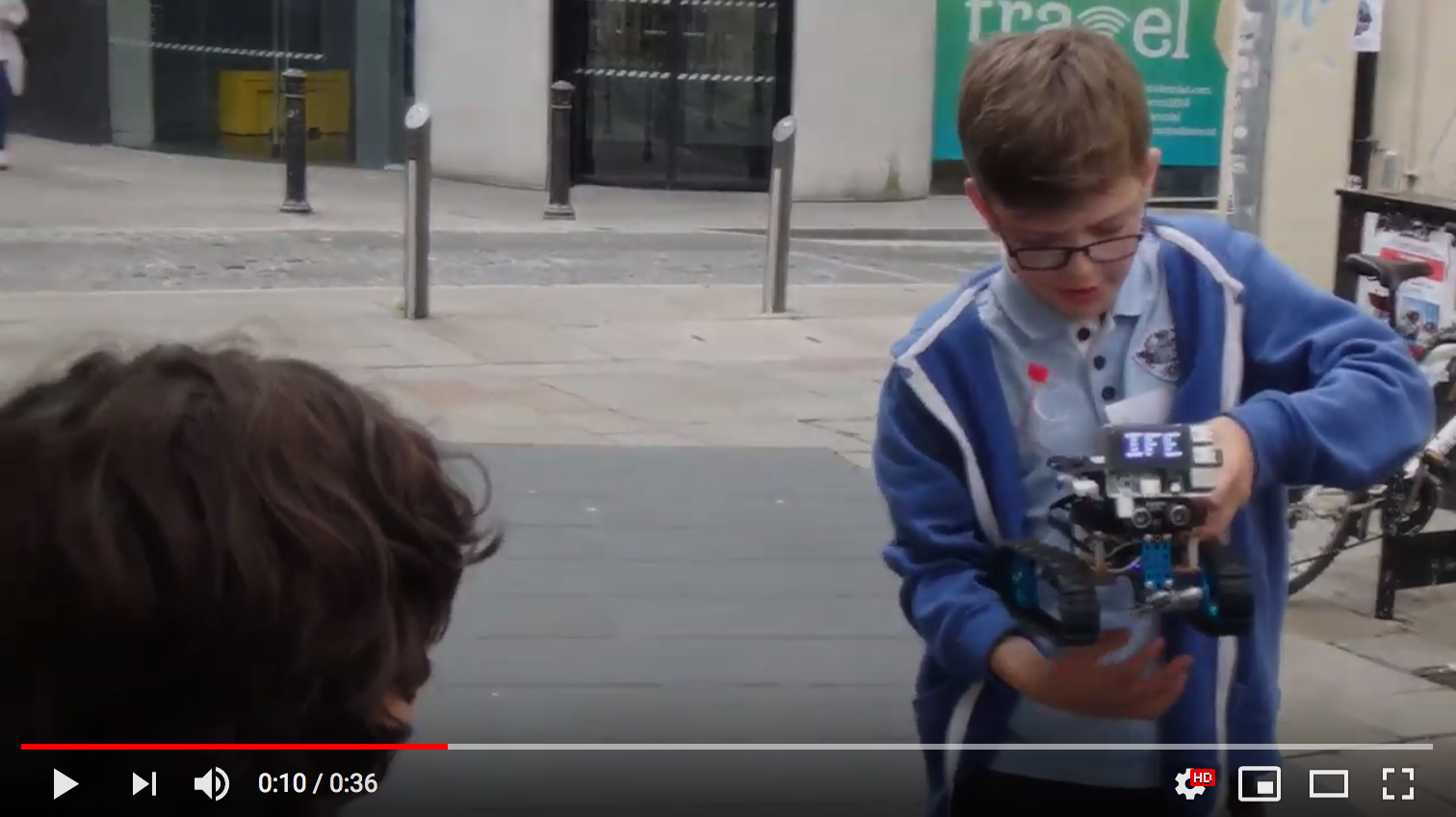 “Donald Trump you will go home and rethink your life.” Clem aged 11.

As part of Cloudmaker, an ongoing FACT research program, artist in residence and founder of FACTLab Radames Anja supported the young people as they 3D printed models created in MineCraft.

On the final day of Prototype we asked the young people to use robots to speak truth to power. 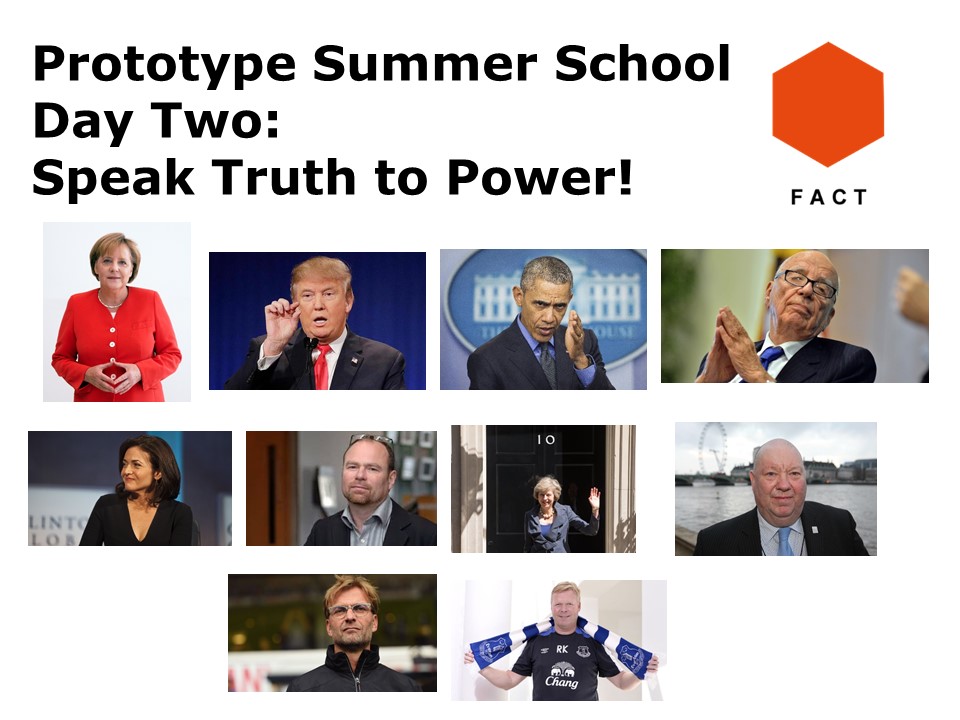 We asked them, ‘If you could use a robot to send a message to the most powerful people in the world, what would your message be and who would you send it to?’

Inspired by Graffiti Writer, made by Critical Art Ensemble/Institude of Applied Autonomy, we wanted to engage the young people with the idea of Contestational Robots, robots used to challenge power. Graffiti Writer is a remote controlled programmable robot that paints slogans on the pavement in an LCD style. As the artists say,

“The robot overcame certain kinds of social conditioning not because of its mechanical capabilities but simply because it was seen as legitimate, based on the assumption that anyone possessing a robot represented some large research institution which probably had the right to spray its messages on public space, rather than simply being a couple of crazy people who built a machine in their garage.”

Graffiti writer is used to empower people to make bold statements that otherwise might not be seen or heard. We wanted the young people to use the technical skills they had learned to make some statements of their own.

The young people had already designed their own mazes, then programmed the robots to navigate the maze using a fixed path and then programmed the robot to navigate on it’s own using obstacle avoidance behaviours. They then used a system designed by FACTLab resident artist Radames Anja, to send text messages to a raspberry Pi mounted on the MBot robots, which then scrolled on an LCD display.

The robots were taken out of the lab and tested on the streets of Liverpool, in Ropewalks Square.

Youtube channel for videos of the groups Robot Messages.