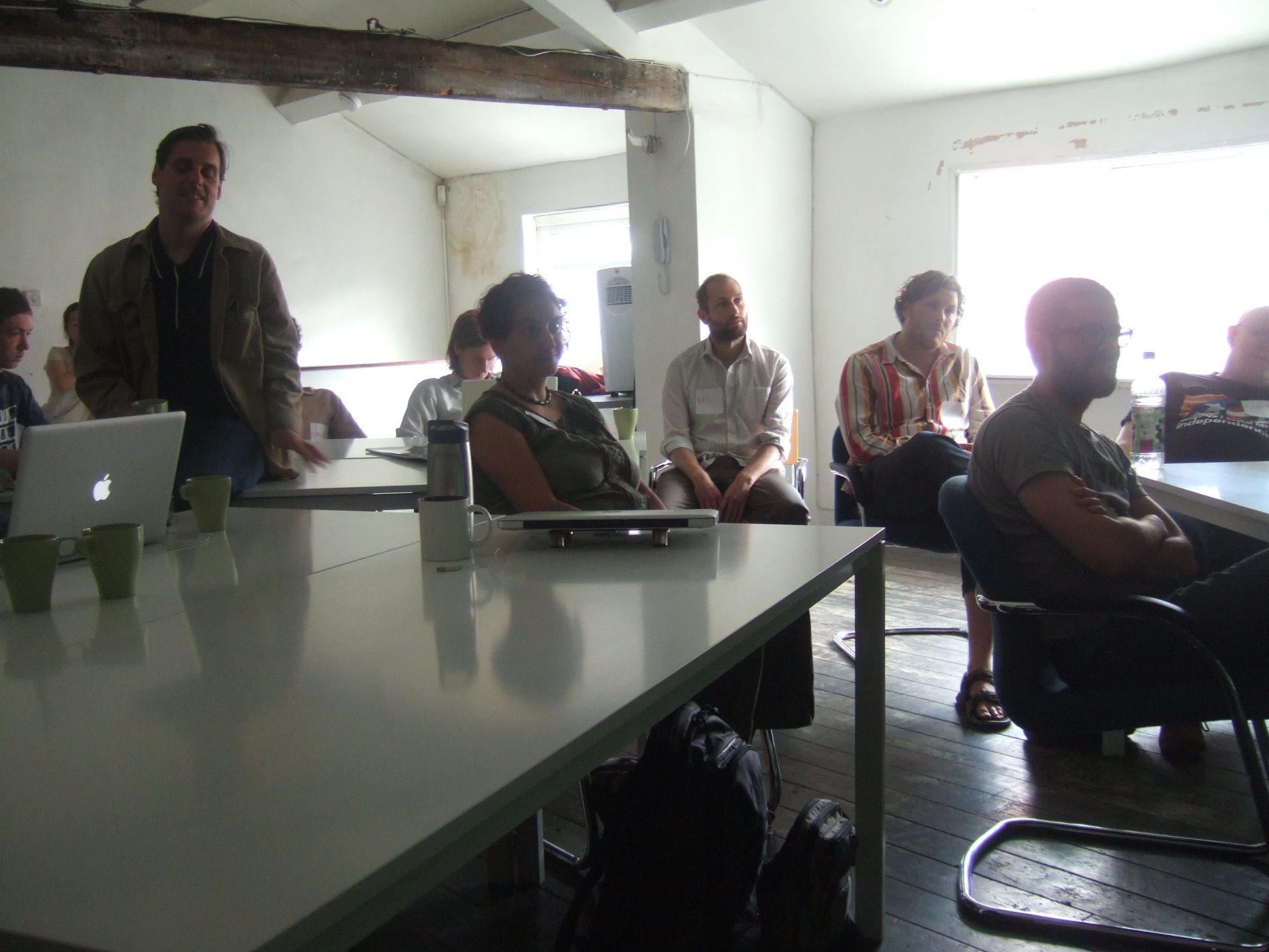 At the end of June Mercy will deliver a new iteration of “Syntax: Coding for Writers” in the form of a two-day intensive skills-based workshop, which will be presented as part of FACT’s Open Curate It programme.  SYNTAX was originally devised in 2011 by John O’Shea and Nathan Jones as a framework for writers and coders to work together.  The SYNTAX experiment was the first time that our different collectives (Re-Dock and Mercy) had formally collaborated – it’s really great to see this initiative moving forward!

The sessions, led by Tom Schofield, will take place in FACT’s education space and will introduce the ‘Processing‘ programming environment to experienced writers and poets who may never have worked with code before.

The idea came out of conversations about existing approaches to network enabled poetry and the different practical options for using the internet to create dynamic relationships between texts and real-world factors eg. “the weather”, “news stories”, and “twitter”.  Over a few chats we both realised that whilst there were many possible approaches there was not any kind of space in the Northwest specifically for creative encounters between people working with written language and people working creatively with code.

We set up the first SYNTAX event at MadLab in Manchester at the end of last summer with the idea that it might be valuable to do a kind of survey of what tools and resources are available – and the workshop setting meant that we could actually do this experimentation and investigation in a public context. We wanted to create a fun gathering and work with our peers to find out what overlaps exist between coding and poetry and what barriers exist to these two fields working together.

Beyond this, it really was an open ended experiment – we didn’t know what kinds of outcomes to expect or we would learn.

The day was broken into two parts: In the morning we had a series of presentations by various individuals and groups which we had invited.  Each shared something they had built which worked in an interesting way with language and online data.  Presenters included:  Tom Schofield, Nick Holloway, Daniel Rourke and Scott Spencer.
In the afternoon we mixed together coders and poets to see what kinds of creative dialogues would emerge and there was a kind of round up at the end to see what avenues and blind alleys people had taken.

Several different sketches had been developed (to varying levels of functionality) demonstration interesting interactions between written language and the internet and we found out peoples different perspectives were regarding thinking about and working with code.

In terms of the nuts and bolts of what we did and any specific outcomes and resources I have put together an additional post as a placeholder for the project here:

We are nearly a year on from this and I think it is worth reflecting:

Working directly with Mercy as another partner organisation and choosing to run the session at MadLab in Manchester represented a couple of interesting new departures for Re-Dock – joining forces with another creative network and expanding our reach outside of Liverpool.

SYNTAX also planted a seed in terms of Re-Dock engaging “overtly” with technology and perhaps this can be seen to be already bearing fruit:

More broadly, from the perspective of our research as a collective SYNTAX established a very useful open working practice for initiating research, and developing communities in new areas of technology or specialist expertise.  We all reflected afterwards how valuable a workshop such as SYNTAX would have been at the start of some of our larger scale project (for example Mapping and Memory) in order to get a fuller picture of what lies ahead.  For a relatively small input of energy we were able to map out a variety of interesting areas to explore and identify many associated technical challenges whilst at the same time having fun and connecting with some really interesting people.