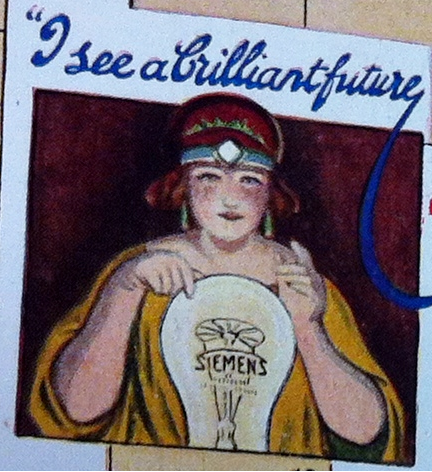 The Special Collections and Archives at the University of Liverpool brims with manuscripts, early editions of Children’s literature, finely printed books and unique science fiction collections which (as a student) I am gratefully able to access. Much of the initial research for my placement with Re-Dock will be manifesting within these library walls, as it concerns pocket-sized booklets called ‘chapbooks’ of which the SC&A have a large selection.

This interest in chapbooks was sparked by their seeming simplicity. Imagine a single piece of card, folded and printed with the alphabet, fairy tales, prayers and illustrations – sold for a penny to children and adults who could perhaps neither afford, or read, more prestigious publications. My expedition into the history, form and purpose of chapbooks has yet to begin – but I have been meandering through the wider collection of Children’s Literature, keeping an eye out for anything weird or wonderful which maintains the essence of those tiny publications.

My favourite find so far has been The Story of Fairy Light and Wizard Electric which is a hybrid board-game, fairy story, poem and educational dip into the history of lighting – from the moon and stars to gas lamps and light bulbs. Although the ‘game’ is branded Siemens and clearly advertises the wonders of Siemens electricity, it did not possess a date, so I endeavored to find one. My first course of action was to contact Siemens, who very kindly sent  the following response –

Following World War Two, when the company’s UK assets were sequestrated, Siemens Brothers was acquired by GEC in 1958, and the Woolwich site – its major factory – closed down in 1968. At that time, sadly, virtually all of the material in the Siemens Brothers archive was lost or destroyed.

Although the company is attempting to re-establish a small archive, this will take many years, so as of yet they do not have much in the way of product specific information. My backup plan was to analyse the language of the Fairy Light & Wizard Electric poem; for example the “Racer” is either the famous roller-coaster or a British plane, both of which were notable in the 1920s. From this subsequent research, a circa date of 1926 was applied to the game by a SC&A cataloger.

Strange games from the past aside, I am going to utilise resources within the Special Collections & Archives to inspire and inform my placement project. After establishing a body of research based on these historical artifacts  I can start to explore potential modern manifestations and variants of chapbooks; such as pamphlets, leaflets  and zines.

I will be posting all of my research for this project online here. 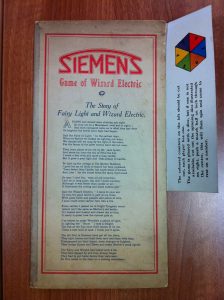