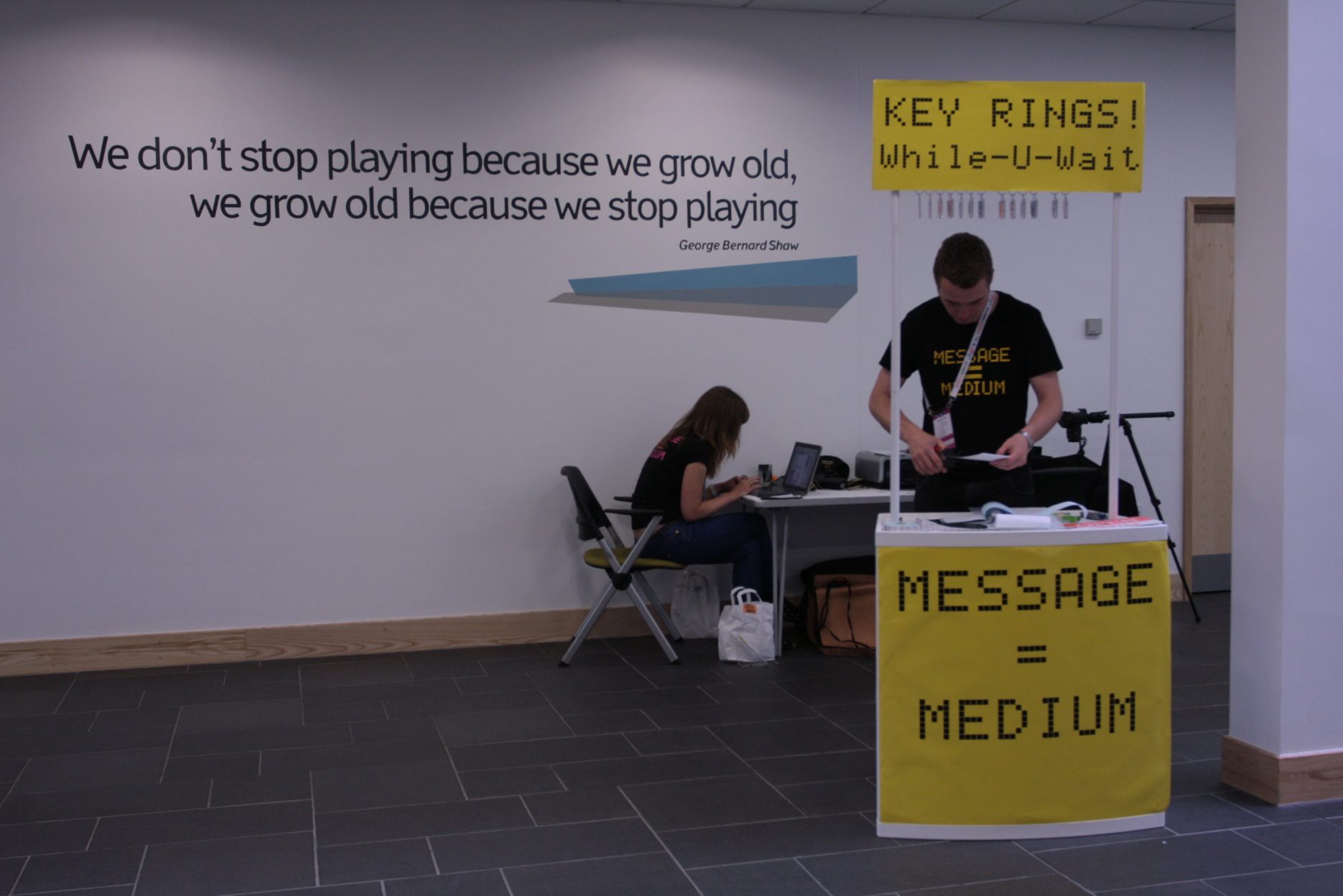 Re-Dock supported a new manifestation of the MESSAGE=MEDIUM text-message archive project which took place as part of the UK School Games in Gateshead and Sunderland last weekend.

For the unfamiliar – MESSAGE=MEDIUM presents the public with a pop-up kiosk offering a unique and unusual service: treasured mobile phone text messages can be transformed and preserved forever as tacky keepsake photo-keyrings!

Through making participant’s text messages into physical and tangible objects the MESSAGE=MEDIUM stall performs an alchemical procedure: materialising the ephemeral and blurring the boundary between the physical and digital domains.  And, whilst masquerading (and inhabiting) the footprint of a familiar promo-stand the piece seeks to engage curious ‘punters’ in a dialogue about the value they invest in their personal digital communications.

In the context of the UK School Games, MESSAGE=MEDIUM acted as a kind of station for the young people taking part  (and their supporters, family and coaching team) to reflect on their games experience.  For this reason the stall was situated in the “in-between” spaces – near the dining marquee, in a foyer and in a wide corridor, near some vending machines – places where it was anticipated that the young athletes might be winding down, biding their time and perhaps contemplating their next competition.

As an experiment, some of the photographed messages were also relayed over the internet  using a dedicated twitter account and the #UKSG hashtag.

…I’m not going to say any more! – below is a link to a much better blogpost summing-up the weekend, which has been written by Hannah Mumby who kindly volunteered to assist in delivering the project:

Also, a flickr photo gallery of documentation images is available to view here:

And, also further photo documentation here thanks to Tom Higham – one half of the fantastic Modular who were the commissioners of this, and several other excellent works, as part of a digital cultural programme for the games.