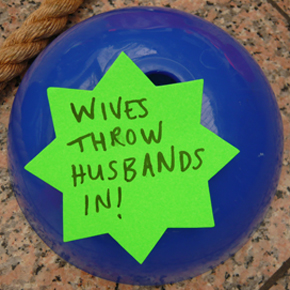 Revisiting the Canal& Map. The idea that ‘Restrictions make us more Creative’ will probably ring true to anyone who has seen what George Lucas did with a budget of millions, once he was able to ‘fully realise’ his original vision for the Star Wars Saga.

I’m not suggesting an absolute rule here, but this is an idea that we have always found useful when developing tools used to stimulate imaginative thinking and connection making.

As Constellation of Signs was launched this weekend, it seems a good time to share some reflections on how, as part of the Mapping Activity for Canal&, we developed a collaborative mapping activity using a restricted visual language and very simple materials.

The main benefit of the restrictions in this Visual Mapping Language were that the people building the interface could focus on mapping very specific things, so using the spatial metaphor of a map, without getting bogged down with less relevant, geographic details.

At this point it’s probably worth sharing the process of building the map.

Setting Up the Map
1. Clear a space in a Community Centre/Shopping Centre/Retirement Home etc.
2. Throw down the rope, and arrange it loosely in the shape of the Canal between the Albert Dock and Seaforth, introduce the idea that that this rope represents the Canal.
3. Place a Liverpool Flag at the liverpool end, and the Seaforth Flag at the other.

Tuning Up the Map
1. Take the cardboard cut out landmarks, and ask people to place them, where they think they should go, along the Canal.
2. Negotiate with others where these different landmarks should be placed in relation to one another.
3. Ask each person to make a quick drawing of something you might see along the canal, blu-tac it on a plastic dome, and place it where they are most likely to see it on the map.

Adding Content to the Map
Ask each person to…
1. Make a sketch of a memory that you have of the Canal, place it on a different coloured plastic dome, and place it where it happened on the canal.
E.g. “My  husband was walking the dog, which is blind, along the Canal. He was looking the other way, and the dog fell in the Canal. ”
2. Think of a suggestion for something amazing that could happen on the Canal in future, based on your memory,  someone elses, or a combination of a few different ones.
E.g. “An annual sponsored ‘Throw Your Husband into the Canal Day.”

“My husband let our dog fall into the Canal..”

“Sponsored ‘Throw your husband in the Canal’ event..”

The simple restriction for this interface was to  work with just three categories of colour coded nodes to be placed on the Map.
1) Views of the Canal
2) Memories of the canal
3) Suggestions for the future of the Canal,
Over time this allowed for some really complex interactions with the Map.

What was produced with many different variations, depending on the people, the space we were in, and the atmosphere created, was a very simple map, plotted with an incredibly rich constellations of memories and ideas.

Even if the conversations we had with people around the Map often went around the houses, the things that it captured were Memories of the Canal, & imaginative suggestions for it’s future.

People were able to combine and recombine this limited set of places & memories, and use them as stimulus to make weird connections and suggest something new for the Canal.

Artists, most famously the Surrealists, have been using random combinations of limited data sets for years, as a way to stimulate their own creativity, throwing just the right number of ideas up in the air, and seeing what caught their imagination.

What was interesting with this activity was that by using the reductive visual language of the mapping interface, plotted with Constellations of Memories and Suggestions,  we were able to share this process with large numbers of people, many of whom were communicating & collaborating without ever meeting.

Good luck with your GPS device! A freind of mine is spending this month exploring France and researched GPS toys for at least six months before departure (most hold either European OR North American data rarely both). He finally found one in Belgium on ebay but, due to the usual unfortunate events Life offers and to his chagrin, it didn’t arrive in time for his trip. He may this minute be wandering aimlessly in Lyon, cold and hungry and hating all things Belgian.Keep us posted on your adventures hope you have a fun, relaxing vacation.