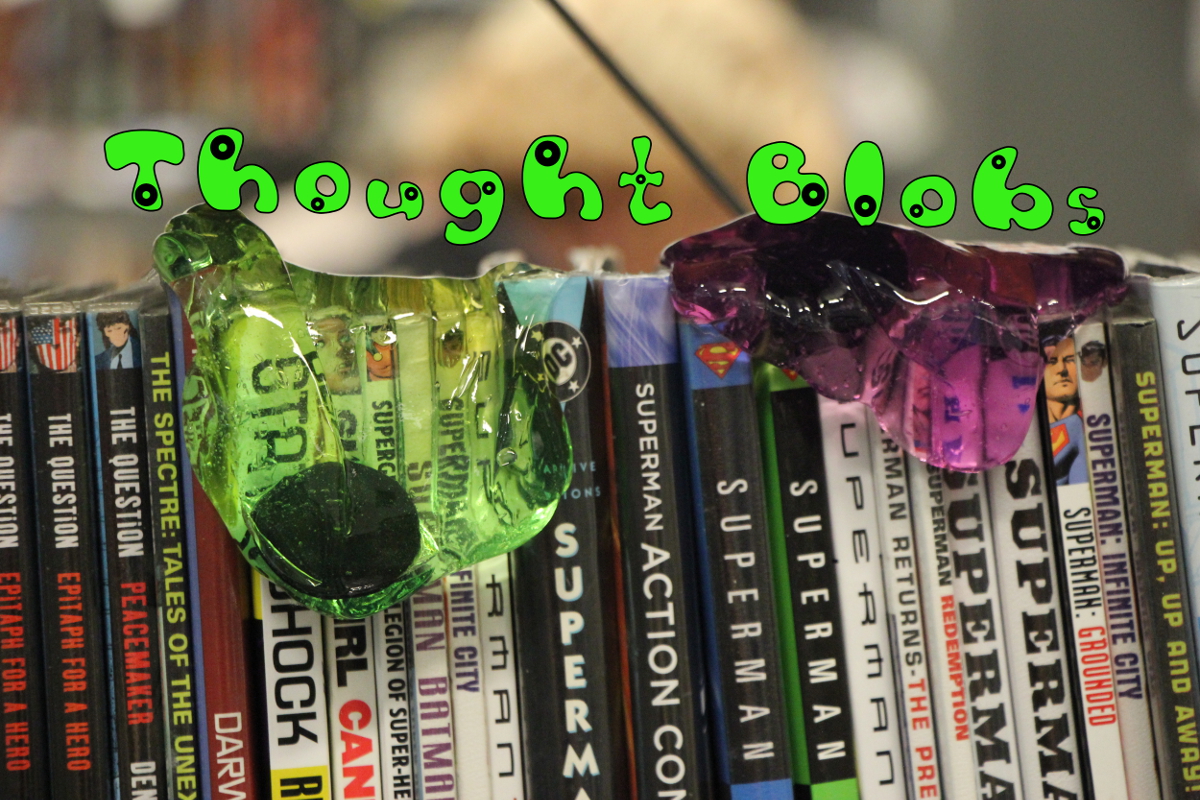 Young people created a trail of slimy thoughts around St.Helens Central Library and investigated them using a Thought Detector device. Here are some of the young people using the device to read the messaged stored in the thought blobs. Text descriptions of thoughts are written to slime covered RFID tags using a Raspberry Pi. They were then able to use a Ghostbusters style detector to read each other’s thoughts. The system was presented to the young people as a creative tool to be explore openly, allowing them to make their own connections between thoughts and spaces.

The detector features an Arduino housed in OOBB, the open source laser cut alternative to Mecchano.

For more on Thought Blobs go to the projects Tumblr.

[…] My names Neil Winterburn, I’m a media artist, which basically means that I like to make art using technology instead of more traditional materials. I’m really interested in working with young people to make art exploring how new technology is changing how we think and feel. In the past I’ve worked with young people to make computer games, giant papercraft sculptures, 3D models and trails of slimy thoughts in libraries. […]

[…] new technical and conceptual tools. Examples of this include collaborating with children to create slimy trails of thoughts in libraries and ex miners to connect memories to minig […]

[…] Re-Dockers projects during our joint St Helens 2014 residency – creating a stop-motion clue, slimy thoughts and a the above trailer for the murder […]

[…] tools. Examples of this include collaborating with children to create, escape rooms and slimy trails of thoughts in libraries and with ex miners to connect memories to mining artefacts using Raspberry […]

[…] systems. Collaborations have included working with children to create escape rooms and slimy trails of thoughts in libraries and with ex-miners to connect memories to mining artefacts using Raspberry […]